This easy Rhubarb Crumble Cake is absolutely delicious. As at home on the table for a Sunday Lunch Pudding as next to a large cup of Tea. One of my absolute favourite cakes. I love the slightly tart stewed rhubarb against the soft, cinnamon cake. Sublime.... 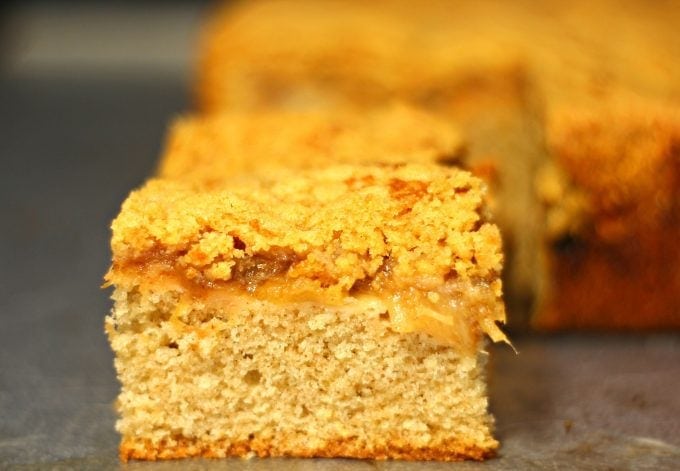 But first some tales from the gym/bedroom.....

Well I've been running my big fat ass off. I probably need to clarify that that is somewhat of an exaggeration.When I say run I mean jog and being totally truthful I walk when I can no longer breathe or be arsed.

I have purchased a brilliant running machine from eBay and it was cheap as chips. So I can sweat and chafe  like the unfit fattie that I am and no one can see me. Result.

It's just as well no one can see me because I acquired some of these stretchy running trouser things from Sainsburys. Wtflip I was thinking I do not know.

I wanted to blend in with the sporty Mum's at school, I think that was the thinking behind it. I wanted to be jaunty, down with the kids and florescent.

Sweet Jesus woman think of the children. Fortunately it just took one quick look in the mirror for my faux pas to be realised and said trousers banished for use on my secret treadmill alone.

My lower body requires the strength of a quality denim at all times in public and I have vowed never to forget this important fact again.

I am pleased to announce that my extensive back fat has all but gone. My sweaty stumblings are succesfully making some headway in removal of my Bubbles fat suit.

However being the glass half empty person that I am I feel it makes my front bellies look even bigger and they seem to loosely sway and swing about  even more than before.

I need strapping down when I take to the treadmill  just to be on the safe side.......something might tear or come off.

But I'm digging deep and ploughing on (literally), especially as now I'm running I let myself eat much more cake.

Tis the season for wonderful rhubarb at the mo and I have been inspired to make a Rhubarb Crumble Cake by my friend Helen at https://www.thecrazykitchen.co.uk.

Her rhubarb cake looked bloody lush. I was also given an abundance of the stuff from  good friend and avid gardener Matt. Apparently he had more than he knew what to do with.

I should have taken him some cake as a thank you, but I ate it all myself. I have no shame.

I love the delicious combo of cinnamon, fruit and cake and I love the whole caboodle even more warm with cream.

In fact this cake could just as easily be a pudding. Ideal for Sunday lunch.

A serious cake for serious pleasure. The only trouble is once I start, I very quickly become a victim of my own gluttony, lost on a tidal wave of total snuffling pigginess.

I could easily inhale the whole thing.

I used an 8" square baking tray.

Stewing the rhubarb is a simple ten minute simmer. It just needs to soften. 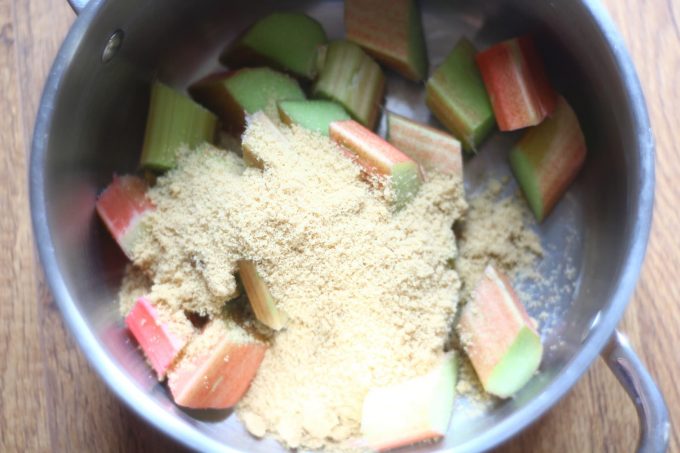 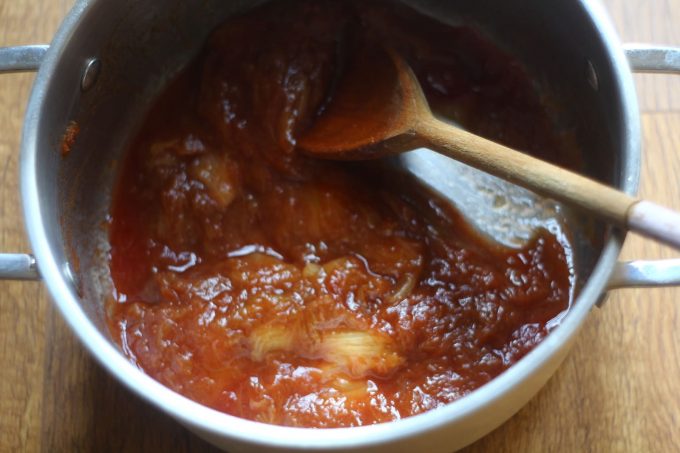 The cake is made by a simple creaming method followed by topping with the fruit and then the crumble mix. 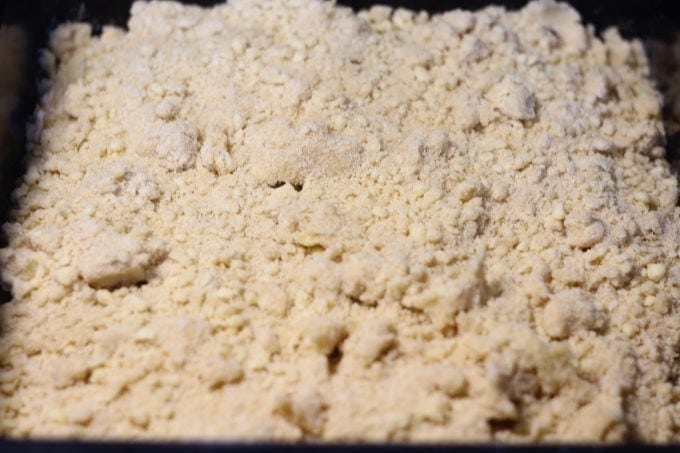 To sum up, this Rhubarb Crumble  Cake is damn good, a light moist cinnamony cake with sweet and sharp rhubarb topped with a buttery, nubbly crumble. Enjoy, I know I and my three bellies did.

Here are some fabulous and similar fruity recipes - Stewed Apples 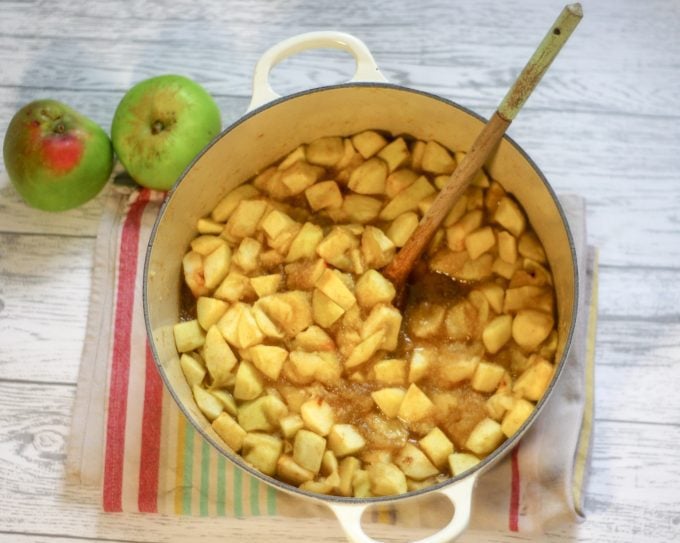 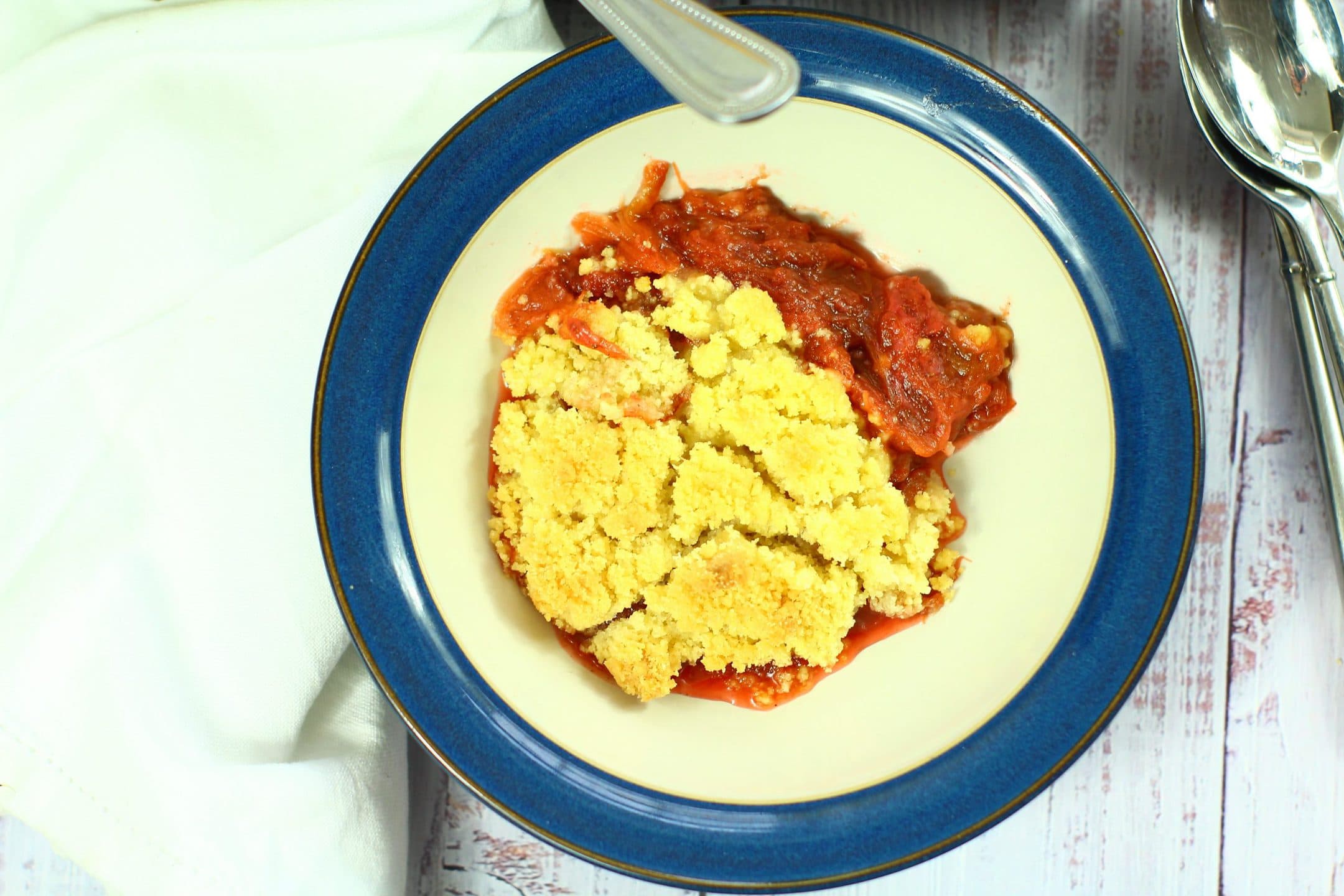 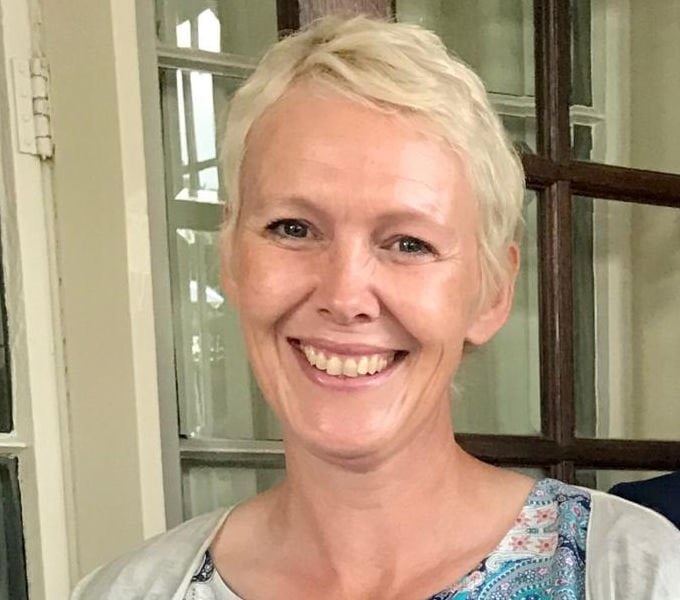