This Cheat’s Danish Pastry recipe is a complete game changer for my kitchen. Most importantly it allows me to bake the BEST Danish Cinnamon Rolls that you can imagine.These babies are my signature bake and the recipe that brings me the most fill your face joy. 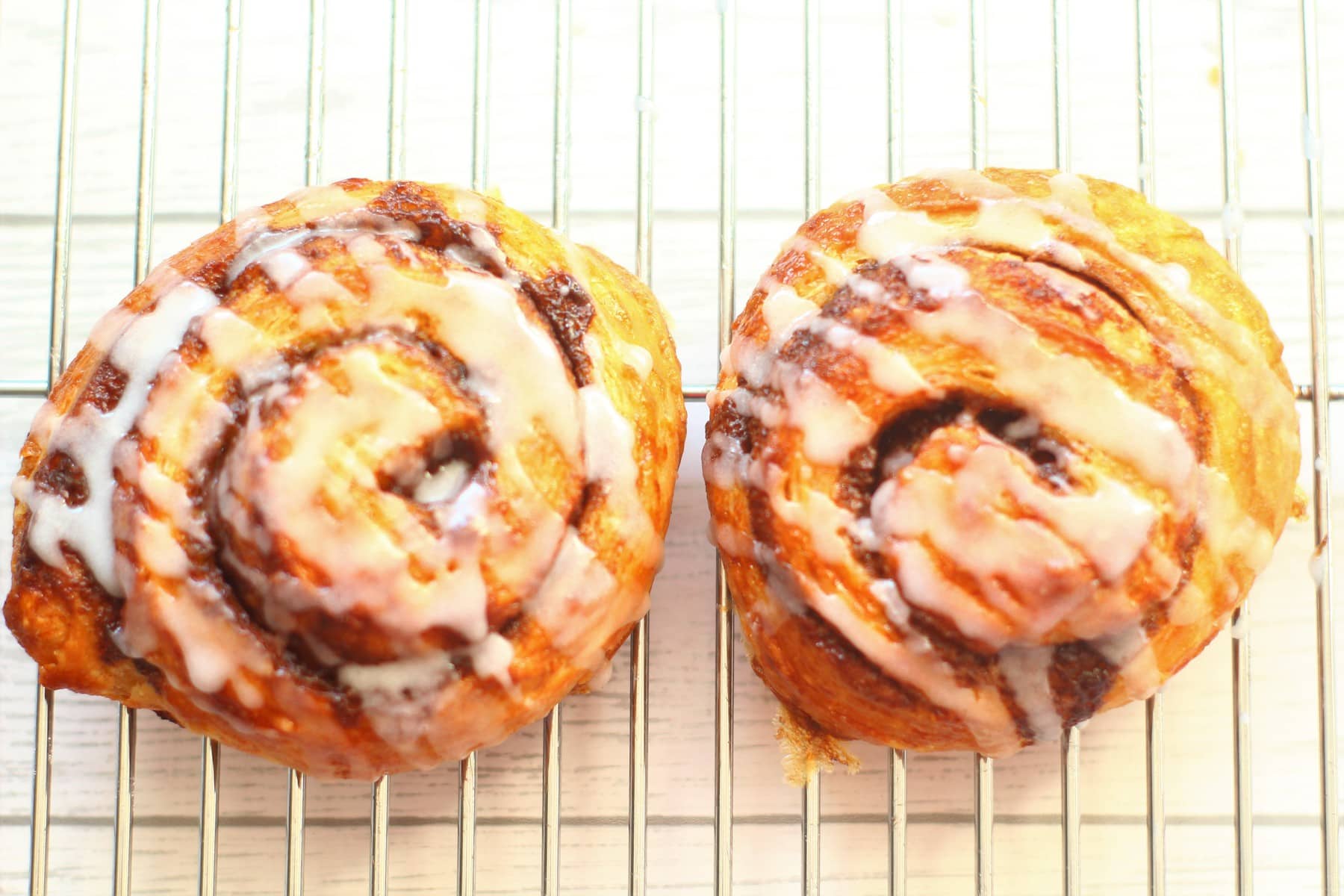 These Danish Cinnamon Rolls are off the scale. They are all I need to make me forget the extensive administrative trials of this festive season.

To be frank with you they are one of the most delicious things I have ever eaten. This recipe delivers in a way that would make my house  Santa's first port of call come Christmas Eve, of that I have no doubt.

This recipe for Danish Pastries  is super simple and somewhat borrowed from Nigella Lawson. It is to be found in "How to be a Domestic Goddess" under "Processor Danish Pastry". I love that book.

It is a recipe that allows these Cinnamon Rolls to be not far off a doddle. I kid you not.

It completely cuts out the squashing and rolling of the butter into the pastry just calling for some pastry rolling after the fact.

The key to this elimination of the laborious middle man is a food processor.

Just a couple of blitzes is all that is required before mixing and leaving overnight or at least 6 hours before serious, melt in the mouth baking heaven!!!!!

Such is the extreme deliciousness of these Danish Pastry Cinnamon Rolls that I intend to always make them a Christmas breakfast tradition. I make them two ways.

The day before I want to bake them I place them in their large muffin tray covered overnight in the fridge before getting them out early to come up to room temperature before brushing with egg wash and baking.

The other way is that I freeze them loose in a tupperware container after I have sliced them from their cinnamon sausage.

I get them out the night before and place them in a muffin tray covered with oiled clingfilm/plastic wrap and leave them out at room temperature to thaw and puff up ready for the morning and again quick egg wash and instant baking.

Obviously this method is for life not just for Christmas.

STEP 2 - Rolling Out The Dough

STEP 3 - Rolling Up The Dough

Ready For The Oven

Baked And Ready For Icing

Can You Freeze Danish Cinnamon Rolls?

Yes you can. I freeze them at stage 11 (recipe card) before putting them in the muffin tray or baking them.

I freeze them on a plate or baking tray for an hour before putting them in a tupperware container or two freezer bags to protect them from freezer burn.

I get them out the night before I want to bake them and place them in the container I am going to bake them in and cover with oiled clingfilm. They will then thaw and come up to room temperature. I brush gently with egg wash before baking. I do find that they come up huge if your kitchen is warm. You do want to bake them straight away so that they don't over prove.

Such is the extreme deliciousness of these Danish Pastry Cinnamon Rolls that I intend to make them a Christmas breakfast tradition. For a long time I have been searching for something special that requires minimum effort and almost no thought processing. This recipe is the answer.

If you find the butter gets too soft when you're rolling out and gets tacky then cover with a good dust of flour and maybe put in the freezer for five mins and go again.