This recipe for Wholemeal Bread is seriously delicious and I cannot convey the smell of it baking in your kitchen. Crusty and soft at the same time my children go potty for it. 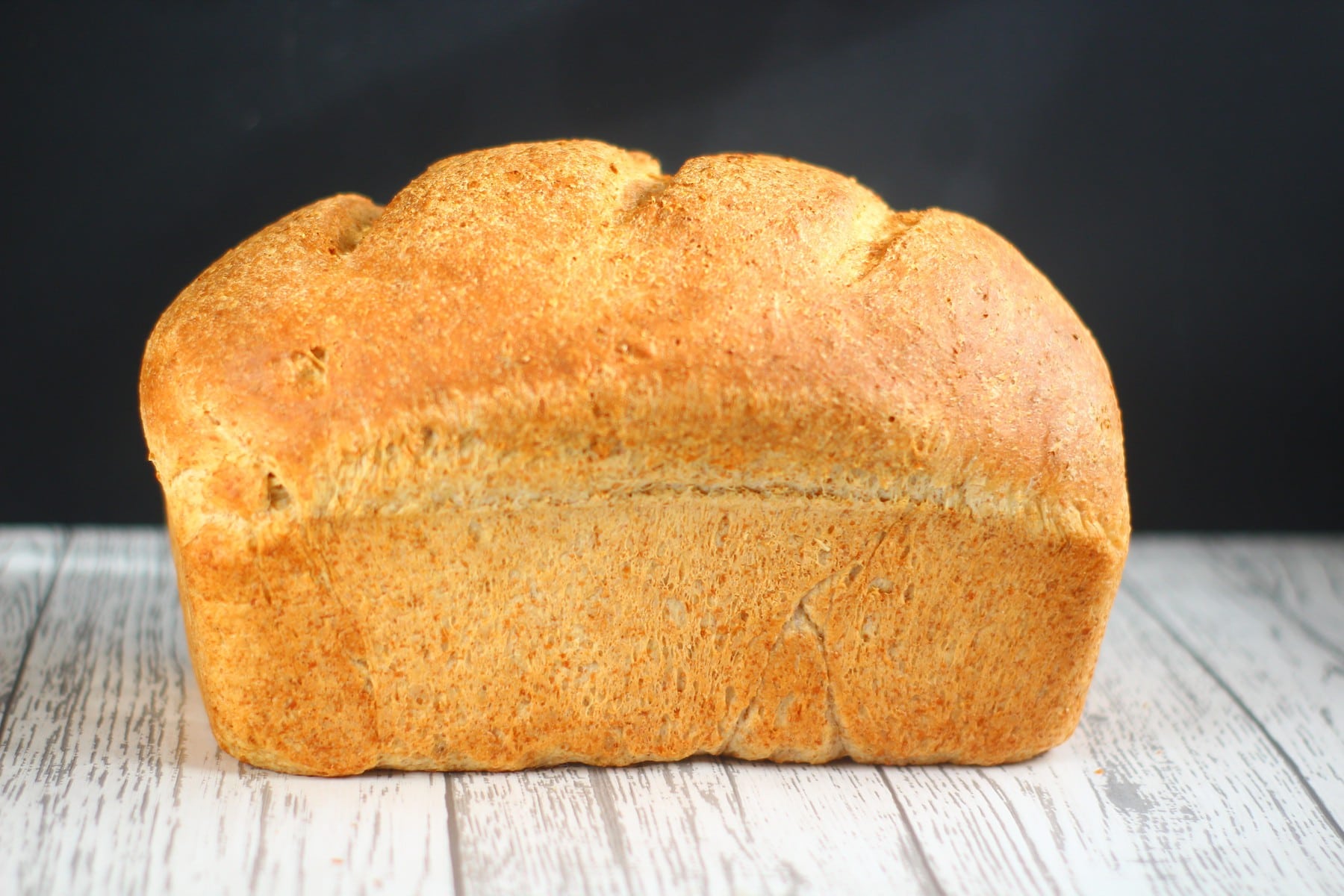 I usually bake my White Bread Recipe and I have not really baked a lot with whole wheat flour before but love the malty flavour it brings and felt compelled to stop the holiday rot. So inspired I started to try out some Wholemeal Bread recipes.

I pretty quickly found that this one brings sweet malt oaty flavour in a way that even floated my wholewheat phobic son's boat. I was shocked to be honest as he normally throws himself to the floor if anything remotely beige rises from the breadbox.

This Wholemeal Bread recipe is surprisingly simple to make and as long as you are in the house for a few hours straight actually mega satisfying to bake. I practically felt like Hugh Fearnley Whittingstall by the end of it all.

I use a dough hook and a free standing mixer to make all my bread but you can make it in a large bowl by hand before turning out to knead yourself on the work surface.

Wholemeal Bread Out Of The Oven

Apply To Face Blog
This is a delicious Wholemeal Bread Recipe fabulously oaty and malty. Freshly baked it is sure to convert even the most stalwart of white bread eaters. Toasted the next day brings it to yet another level of crunchy goodness.
5 from 5 votes
Print Recipe Pin Recipe
Prep Time 2 hrs
Cook Time 40 mins
Total Time 2 hrs 40 mins
Course Breads
Cuisine English
Servings 6
Calories 354 kcal

Keyword homemade bread, wholemeal bread
Tried this recipe?Take a pic and tag @applytofaceblog on Instagram. I would so love to see them!

Pin Me For Later!

« Chicken and Broccoli Gratin.
The Best Flapjacks Ever. »