These Nutella Brownies are quite simply AMAZING! I’m not exaggerating either. They bring together all that is fabulous in Nutella and a Brownie to make something moment stopping…..so help me…. 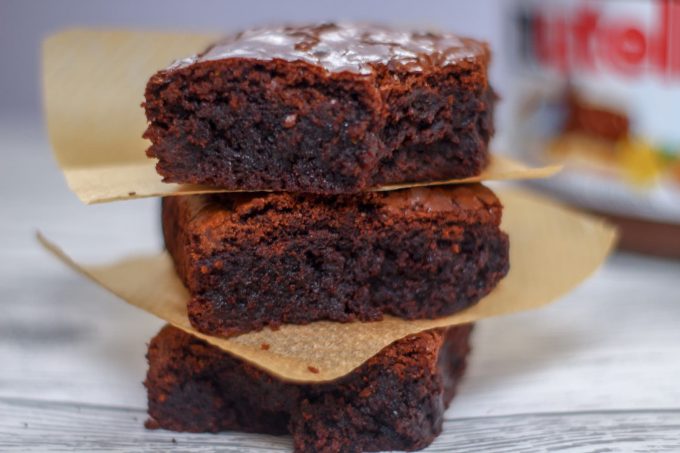 My husband has been ill this week and for the love of God haven’t we all known it.

I have somehow managed to keep my mouth shut throughout it all. I tell you I need a medal. You would think he was moments away from death…….

Apparently on entering the house from work he can only shuffle everywhere stooped, whilst constantly making sighing noises and repeatedly saying “Jesus, I’ve never been this bad.”

If I could have chopped my ears off I would. The noises were almost too much for me to bear never mind the dressing gown and socks.

It seemed just never ending. I soon adopted the “Remove myself from the room” method whenever I heard the huffing and puffing approaching.

It was a genius move. I don’t like to kick a dog when it’s down and there was no doubt that he was ill but he nearly drove me bonkers.

How he could apparently man up in a mere moment if he had a work call just baffled me. Seemingly the full effect of the illness was just reserved for me personally……how kind.

Next year he’ll be having the Flu Jab. 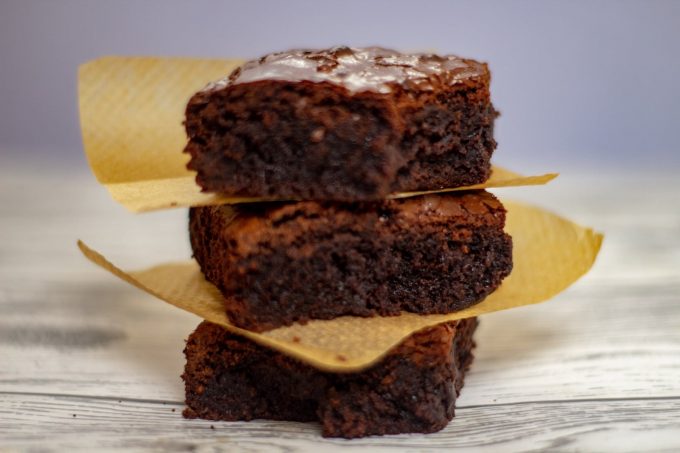 These Nutella Brownies have been my salvation. Both deeply Chocolatey and Nutella-ey they are so very good and I cannot recommend them enough. What’s more they are a diddly doddle to make. Who knew life could be so good when it’s so bad?

I am slightly obsessed with Chocolate Brownies of all descriptions. My own Chocolate Brownie recipe is my go to, my heaven my own chocolate nirvana. I thought none could challenge it……..But I now have a close second. These Nutella Brownies are very good indeed.

They do keep very well in an air tight tin/tupperware sandwiched betwixt and between with greaseproof or baking paper.

Can You Freeze Brownies?

The answer to that is yes. Wait till they are absolutely cold. I advise you freeze them intact and uncut in the Brownie slab.

And some more easy recipes

These Nutella Brownies are out of the ball park delicious and crazily easy to make.

I like to use white caster sugar when baking Brownies to get a smooth top.

Try not to open the oven until 25 mins have gone by. You can then test the doneness with a tooth pick quickly.

I have linked this post with Baking Crumbs hosted by myself and Jo from Jo’s Kitchen Larder. A collection of fabulous baking recipes from fellow bloggers.

Bake of The Week over at Casa Costello and Mummy Mishaps

Fiesta Friday with  co-hosts this week are Jhuls @ The Not So Creative CookandLaurena @ Life Diet Health.